Super Colossal has been awarded the commission for the Australian Peacekeeping Memorial on Anzac Parade in the ACT. The project was won in an open two stage competition. The project was launched by the Minster for Veteran Affairs, Alan Griffin MP at Parliament House on Friday 19th December. 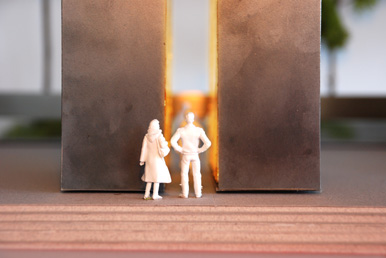 The Australian Peacekeeping Memorial comprises of two primary elements. The ﬁrst is a glowing passage of light that is both legible within the oversized urbanism of Anzac Parade and provides a powerful entry sequence for the memorial. The passage comprises of two massive, equally weighted monoliths set slightly off the ground in a stone court. They are representative of parties in conflict, separated by an intense light.

This walkway between the two monoliths is lined with backlit stone. To the rear of this passage is a contained gathering space for ceremonial purposes and individual reflection.

The focus of this area is a single beam that spans across the space bearing the names of the individual campaigns of the Australian Peacekeeping forces from their ﬁrst campaign in Indonesia in 1947 until the present day. Below the beam is an inclined plane on which commemorative wreaths may be placed. The surface of this plane is highly polished, reﬂecting the sky and trees above.

The project will begin Design Development and Contract Documentation in January 2009. 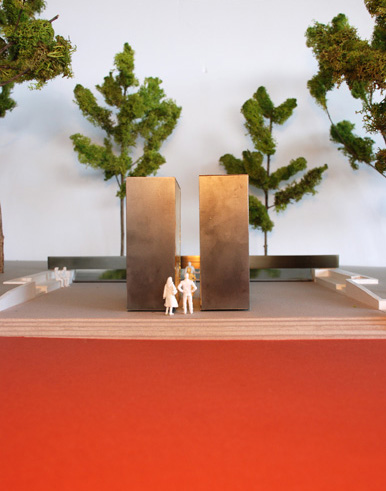 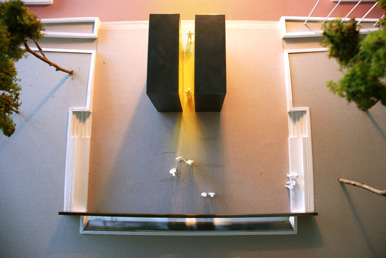 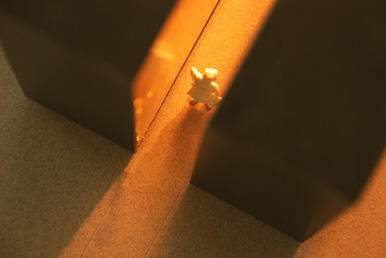 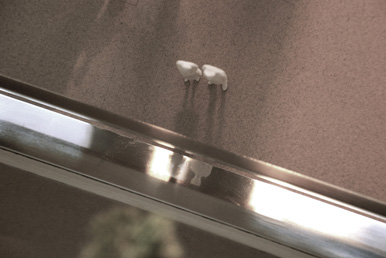 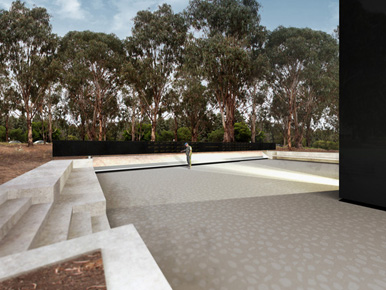 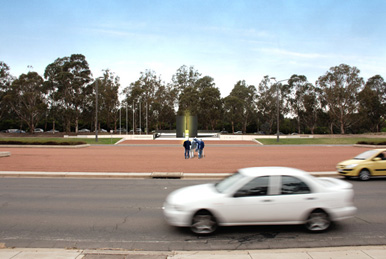