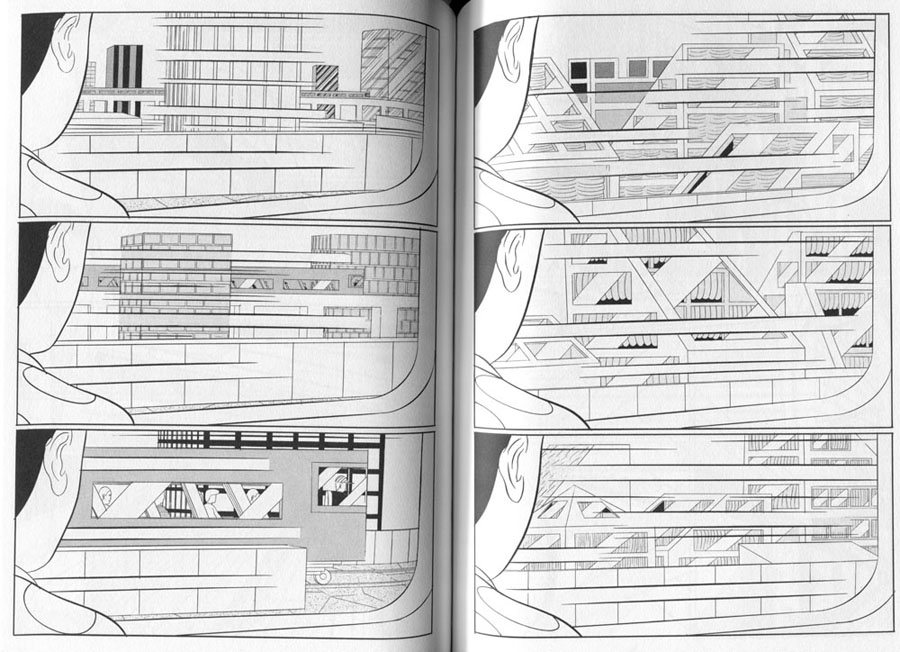 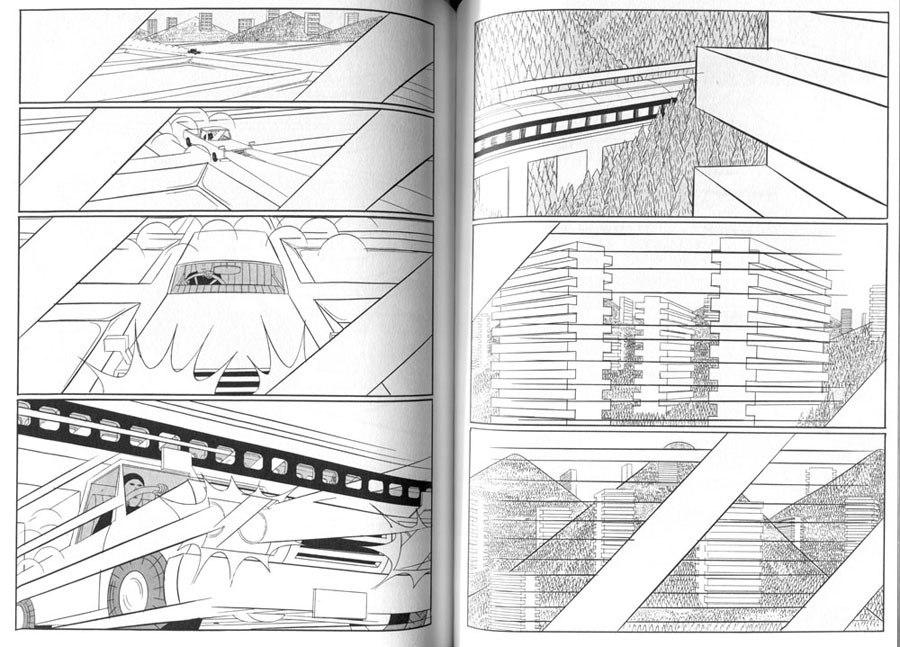 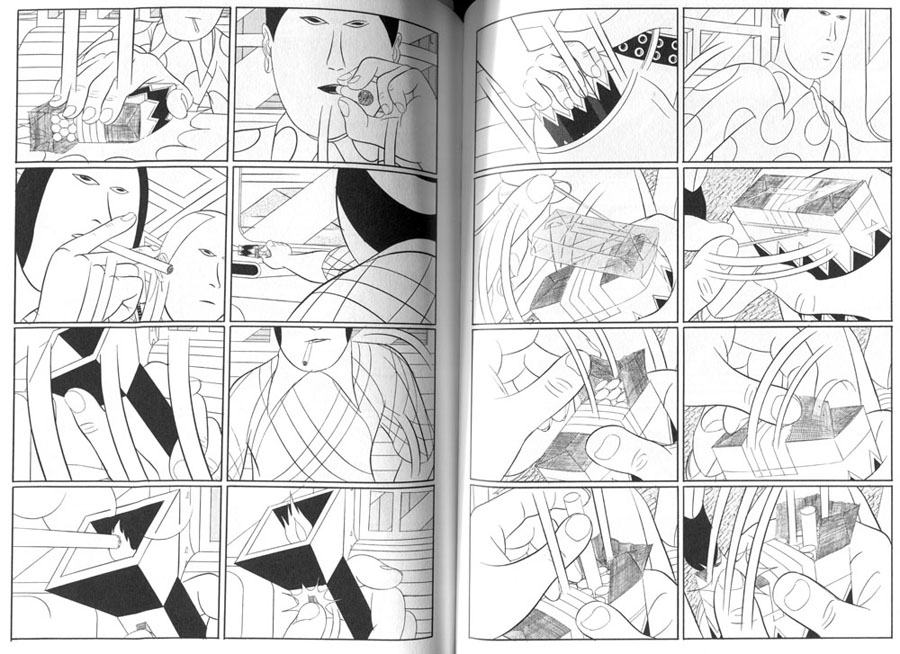 A six panel page again broken down motion lines blurring the edges of panels, rendering the page as a field of horizontal layers. 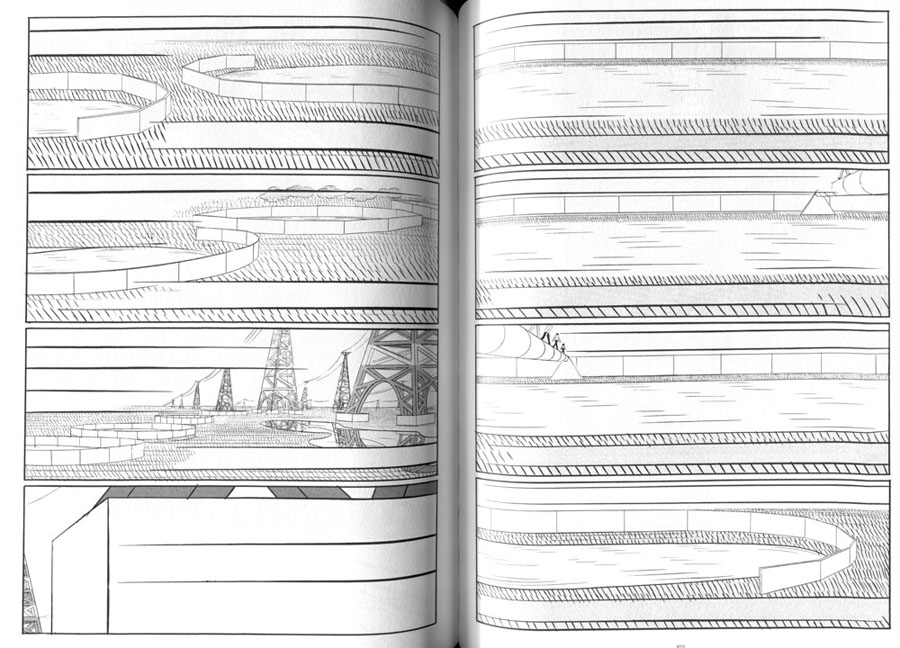 As the train moves through a forest, we find the books only use of spotted blacks, the sharp contrast  capturing the strobing effect of moving under the canopy of the trees. 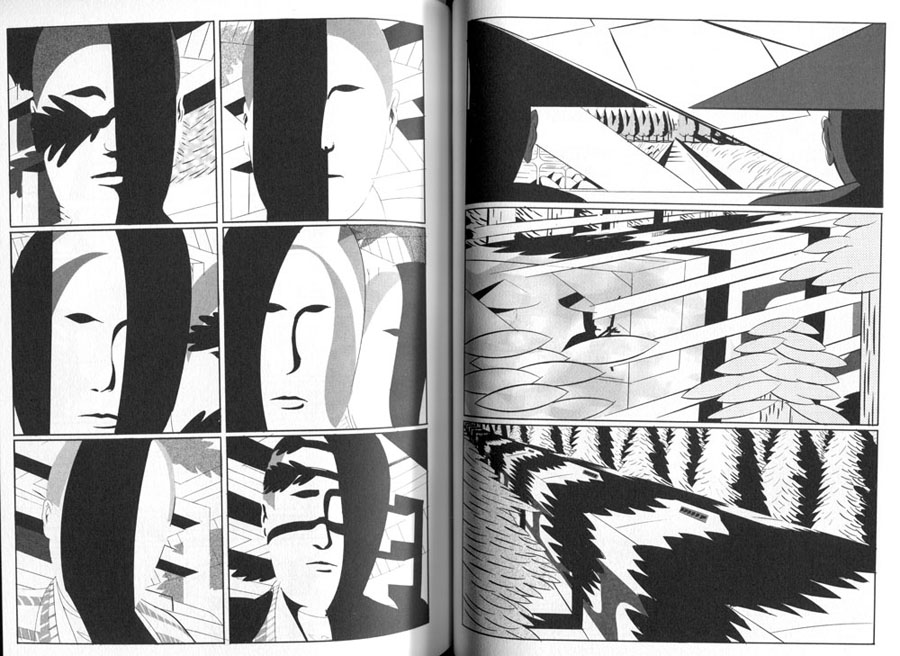 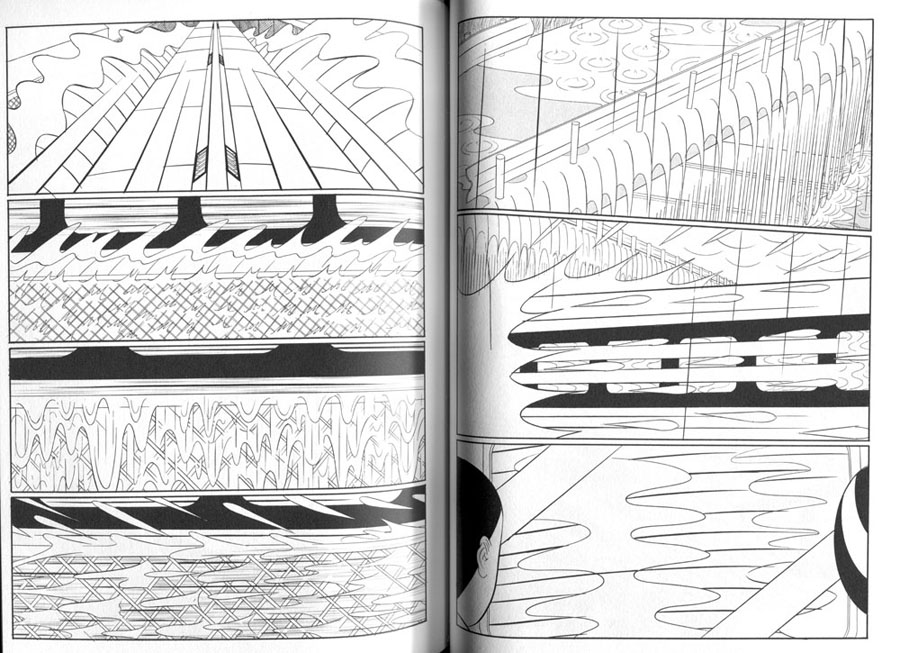 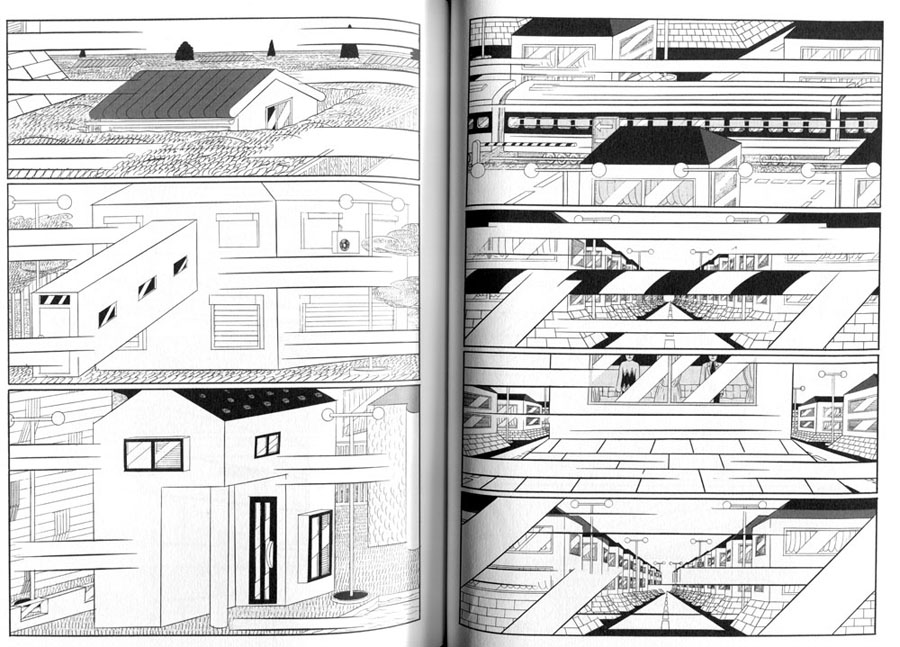 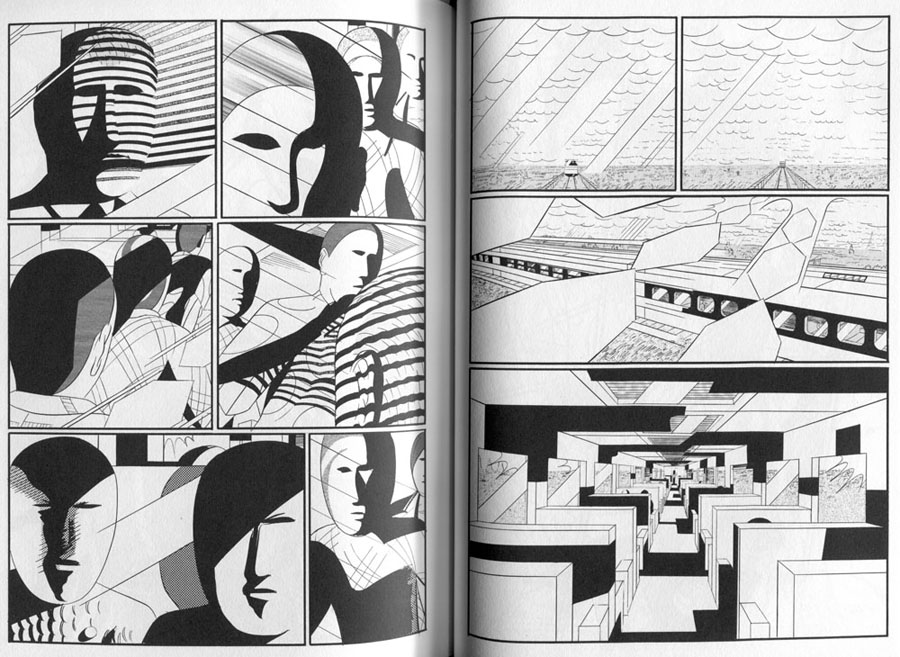 Our gentlemen friends arrive at their destination. 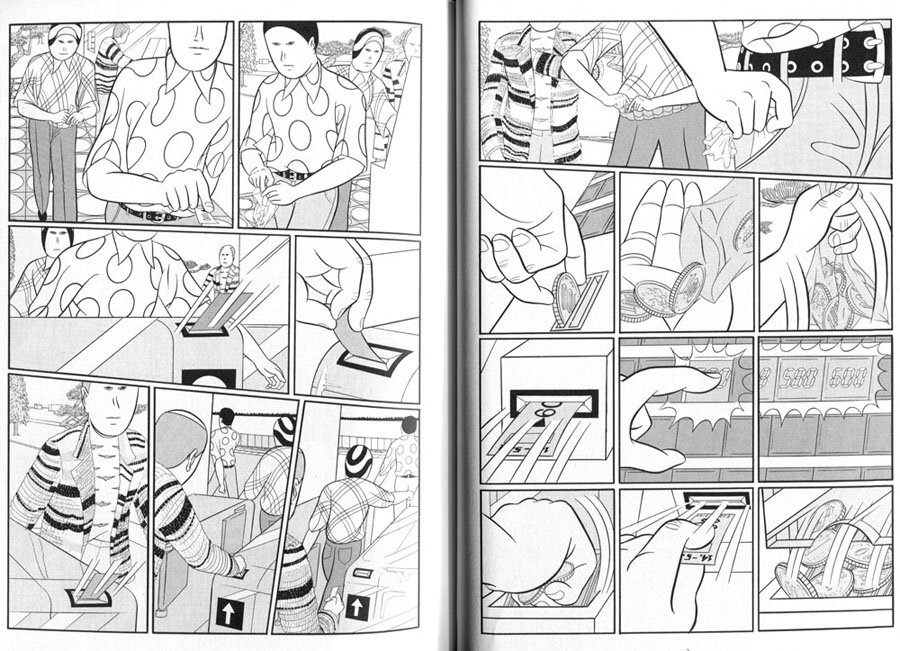