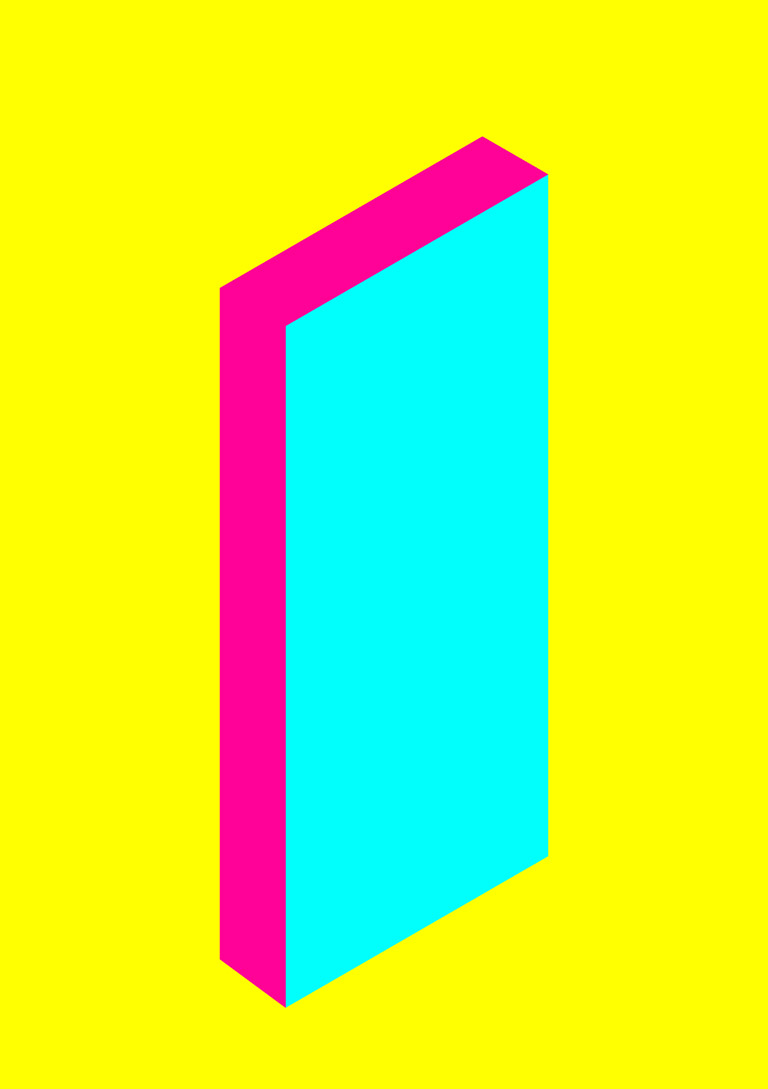 The results of my Byera Hadley Travelling Scholarship are on display at Customs House.

The exhibition looks at the immensity of monolithic landscapes and architecture. It consists of the documentation of ten sites visited in early 2010 and comprises of drawings, photographs and renderings. Sites visited and included in the exhibition are; Uluru, The Luxor Casino in Las Vegas, Monument Valley, The Lightning Fields, Donald Judd’s large scale site specific artworks in Texas, the then under construction September 11 Memorial in New York, The Stanley Kubrick Archives, the Bruder Klaus Chapel, the Memorial to the Murdered Jews of Europe, and the Great Pyramid of Cheops. 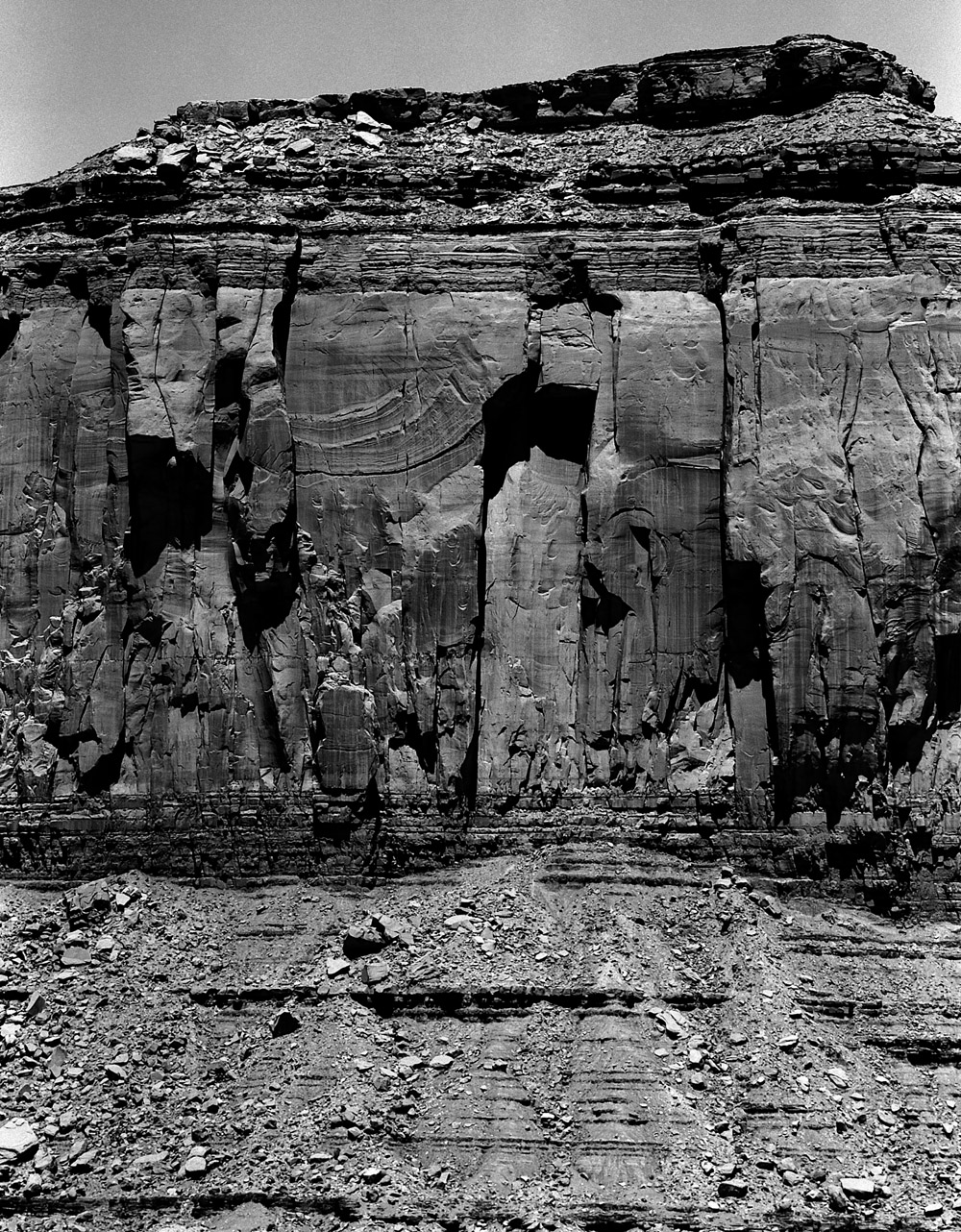 Each represent aspects of the monolithic, Uluru is literally monolithic by virtue of being one homogenous rock formation, and it is immense. The Lightning Fields and the Memorial to the Murdered Jews of Europe are monolithic in their relentless repetition, and are unable to be comprehended without traversing their entirety. The Great Pyramid of Cheops in Giza, is made of many individual pieces but massive in its consistent texture, and its interior spaces are dwarfed by the mass of stone that encloses them. The Bruder Klaus Chapel in Metternich was poured in solid concrete, half a metre per day for twenty four days before the small interior space was burnt away.

It encompasses the ancient, the heavy, the singular, and the sublime. 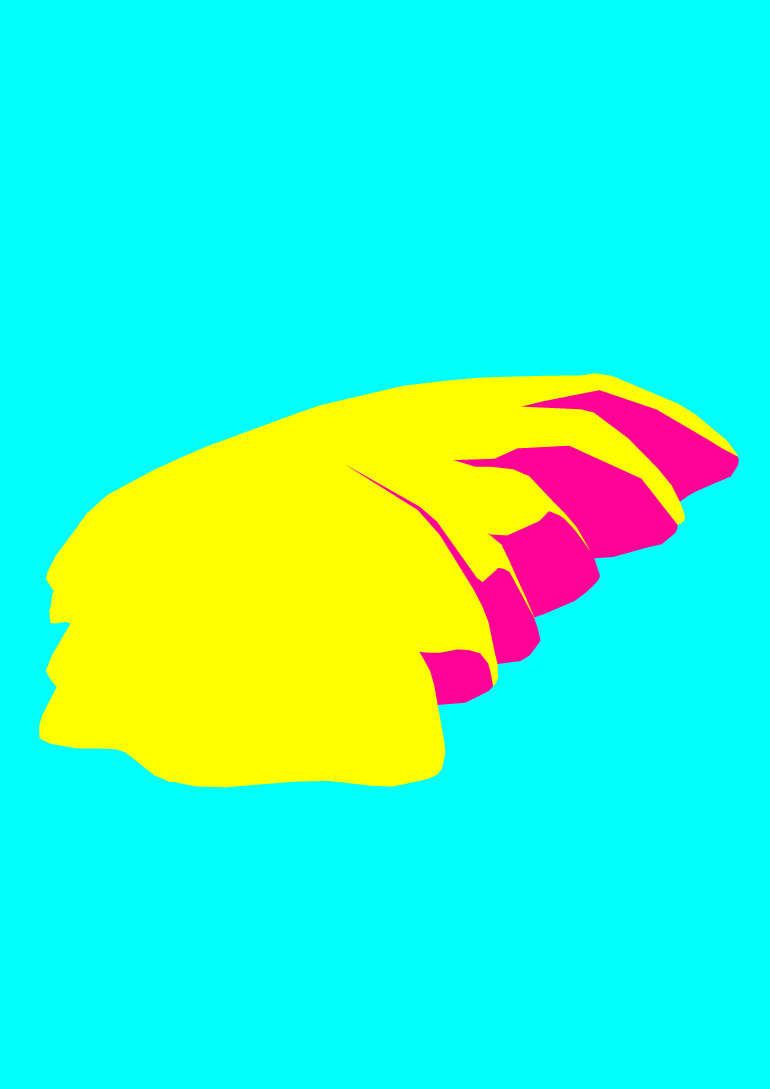 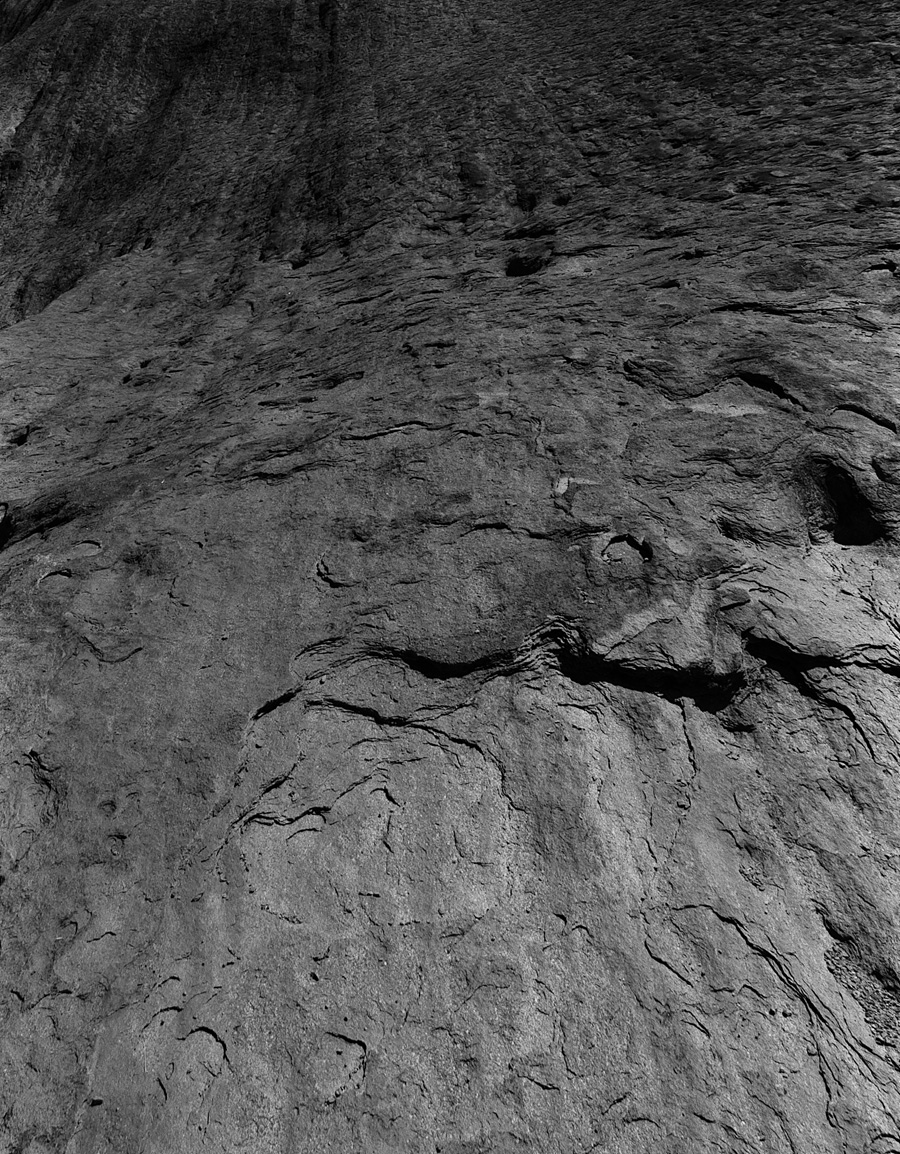 The monoliths in 2001: A Space Odyssey are the quintessential monolithic objects; silent, seamless and without scale. At the Stanley Kubrick Archives housed at the University of Arts in London, I came across animation plates used to film the third monolith that Dave Bowman discovers orbiting one of Jupiter’s moons; a sequence where the monolith floats in space, scaleless and barely visible against the vacuum of space. The animation plates are comprised of torn pieces of black and grey cardboard sticky-taped to a board and covered with a black matte. These rudimentary collages, when expertly lit and filmed are transformed from two dimensional cutouts to perhaps the most solid objects in the history of cinema. 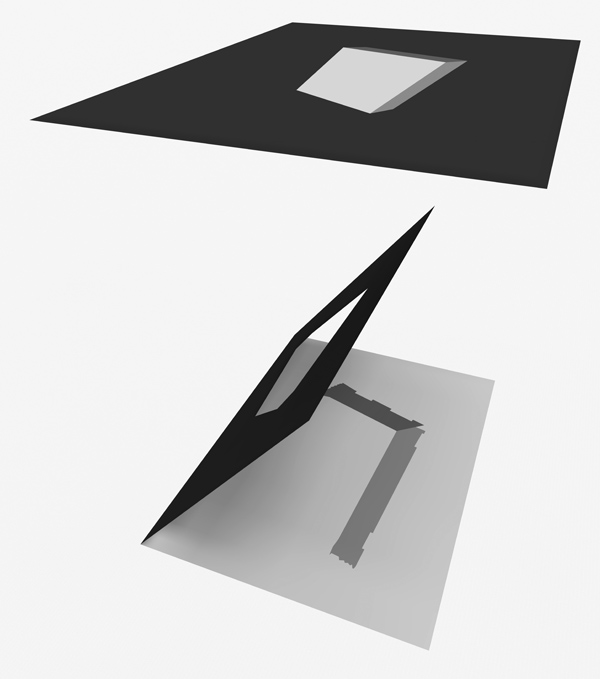 Diagram of animation plate used to film the monolith in 2001: A Space Odyssey

The two-colour drawings in this exhibition reference this method by attempting to make solid three dimensional forms from flat overlaid colour plates. 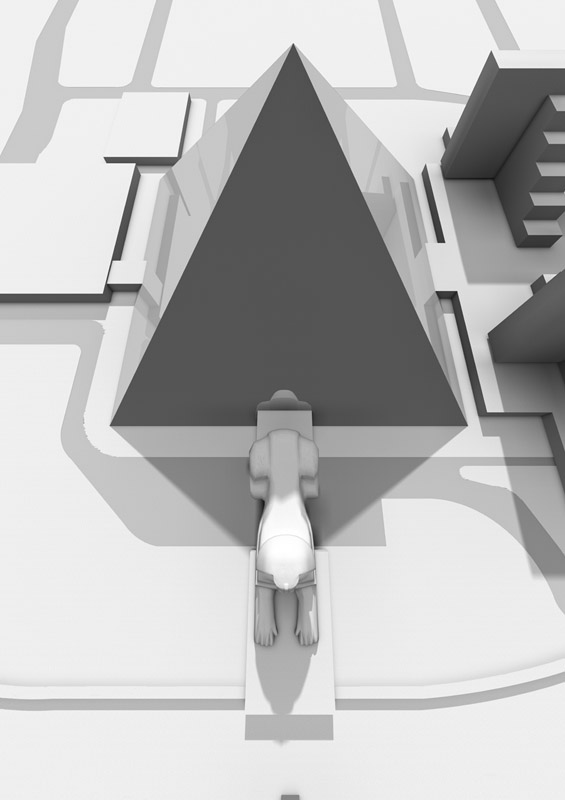 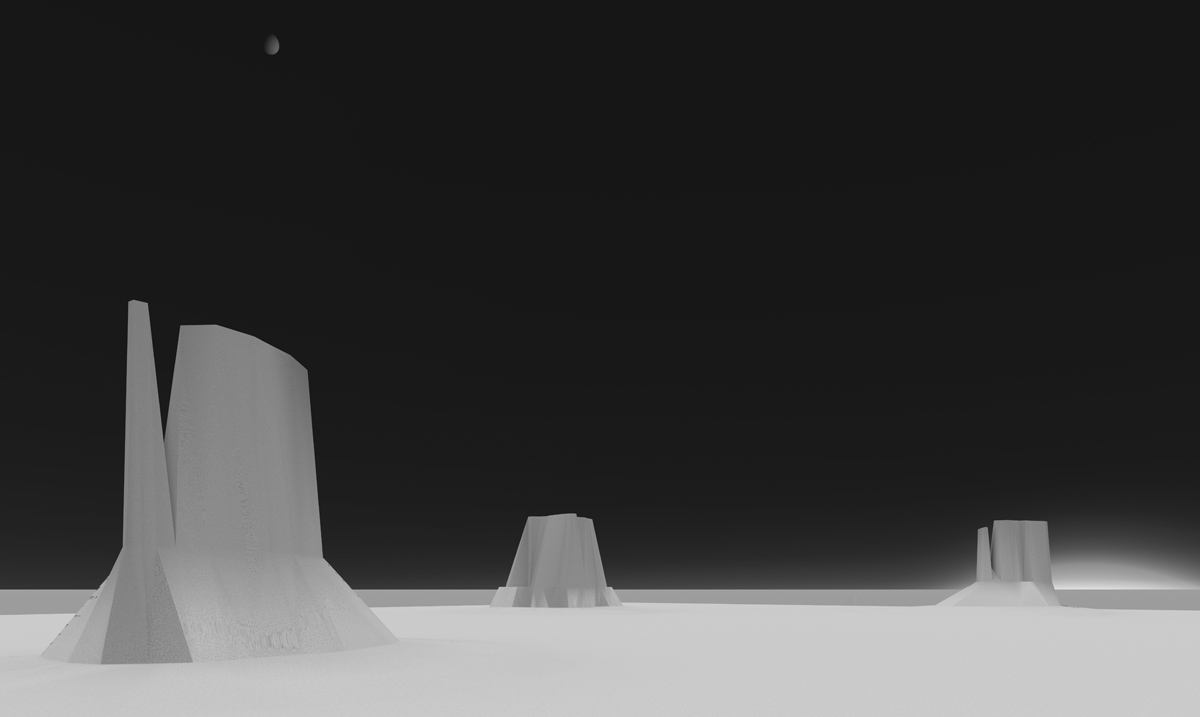 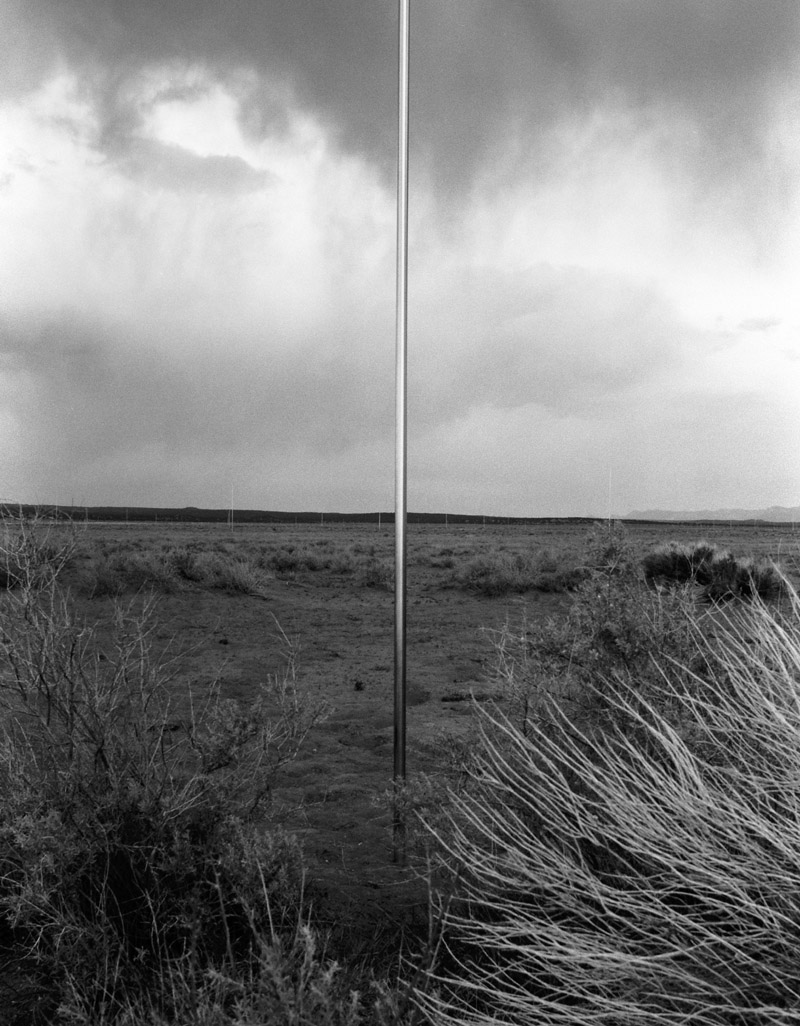 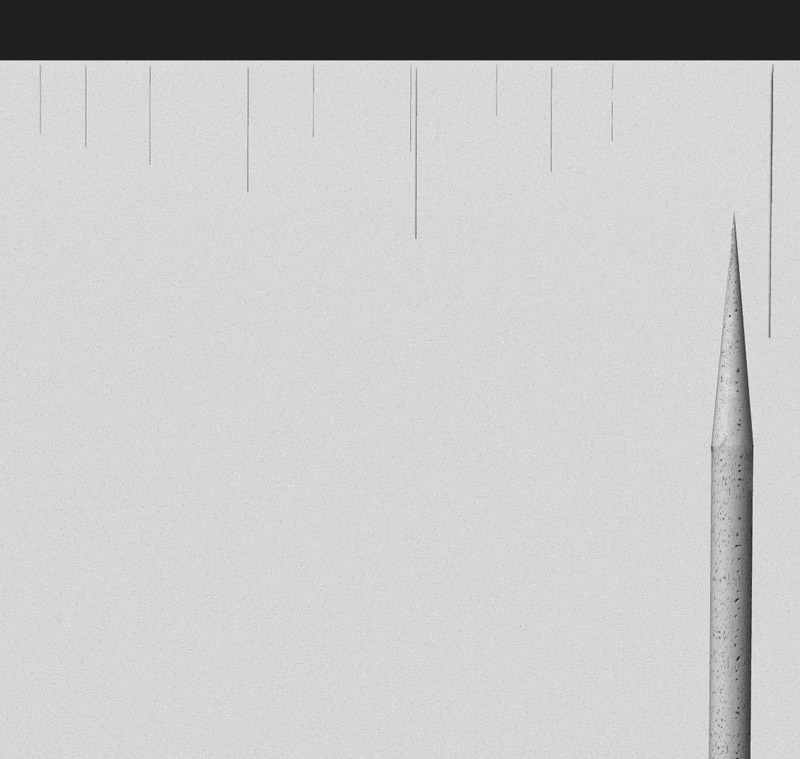 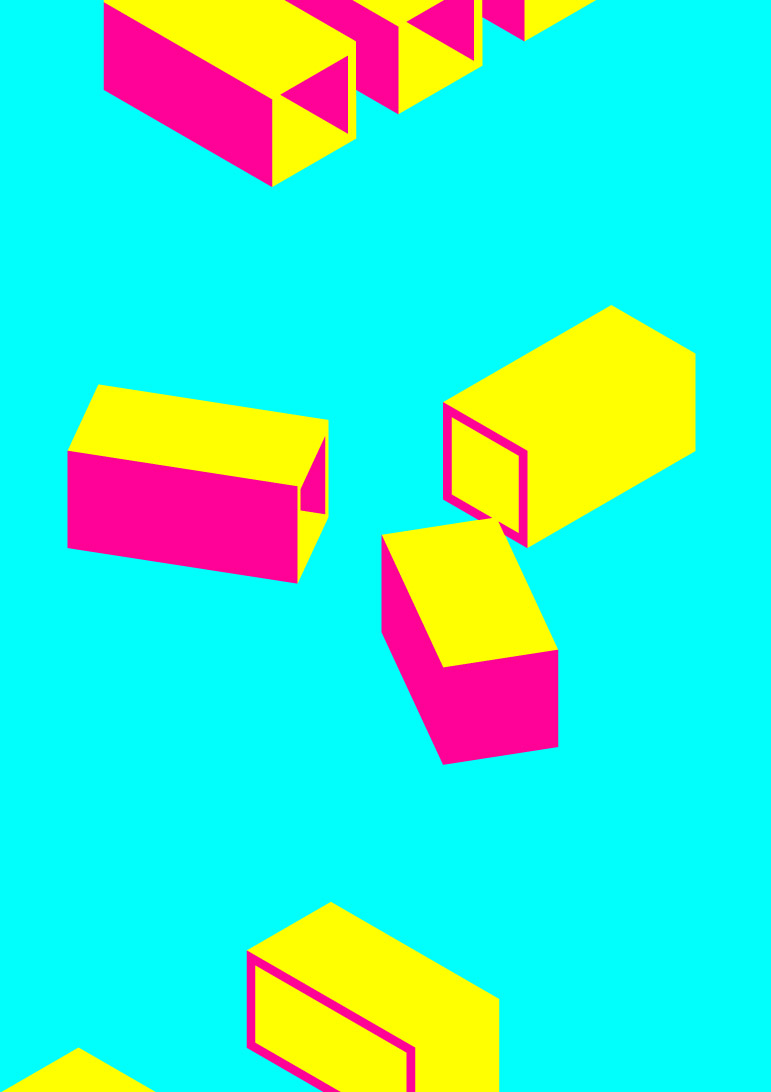 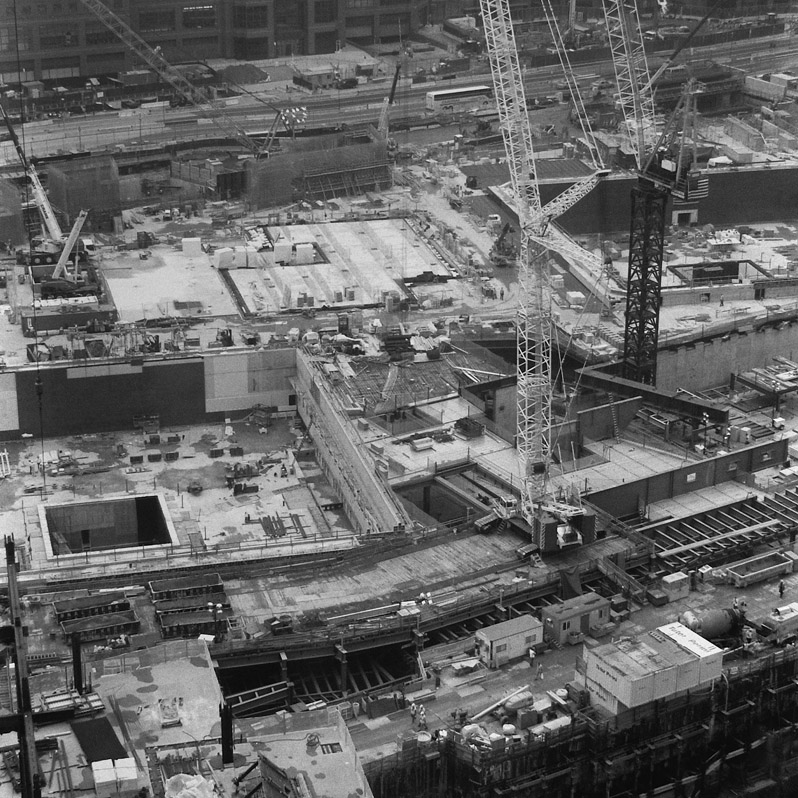 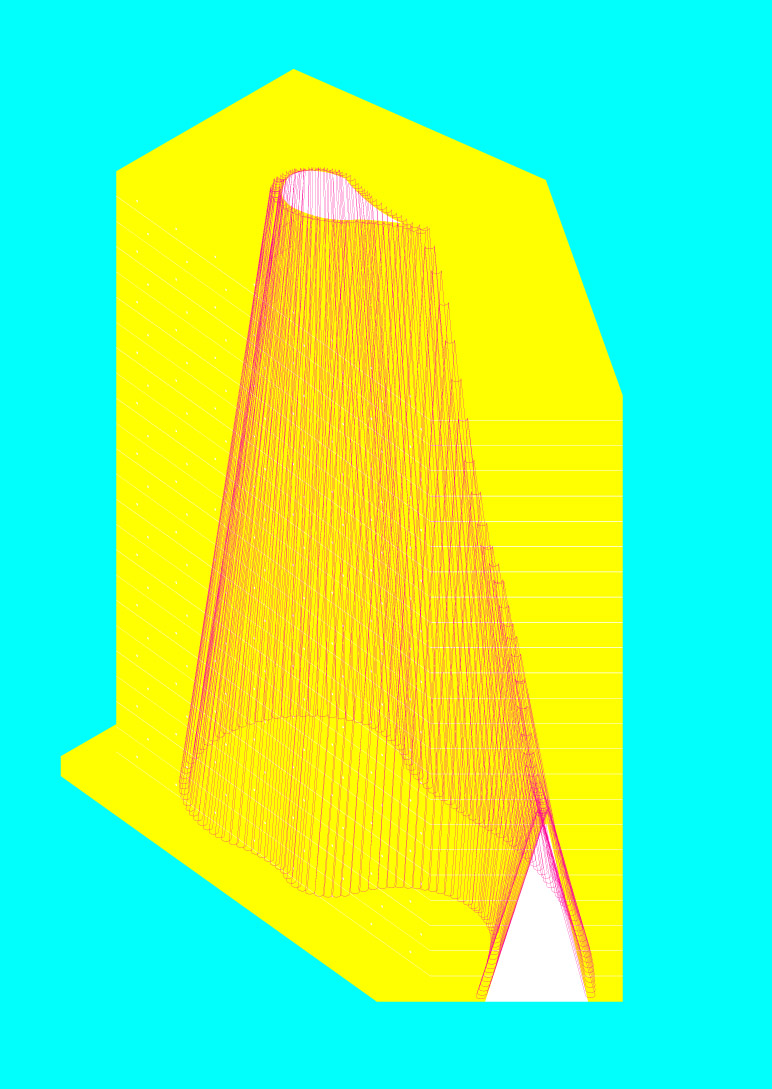 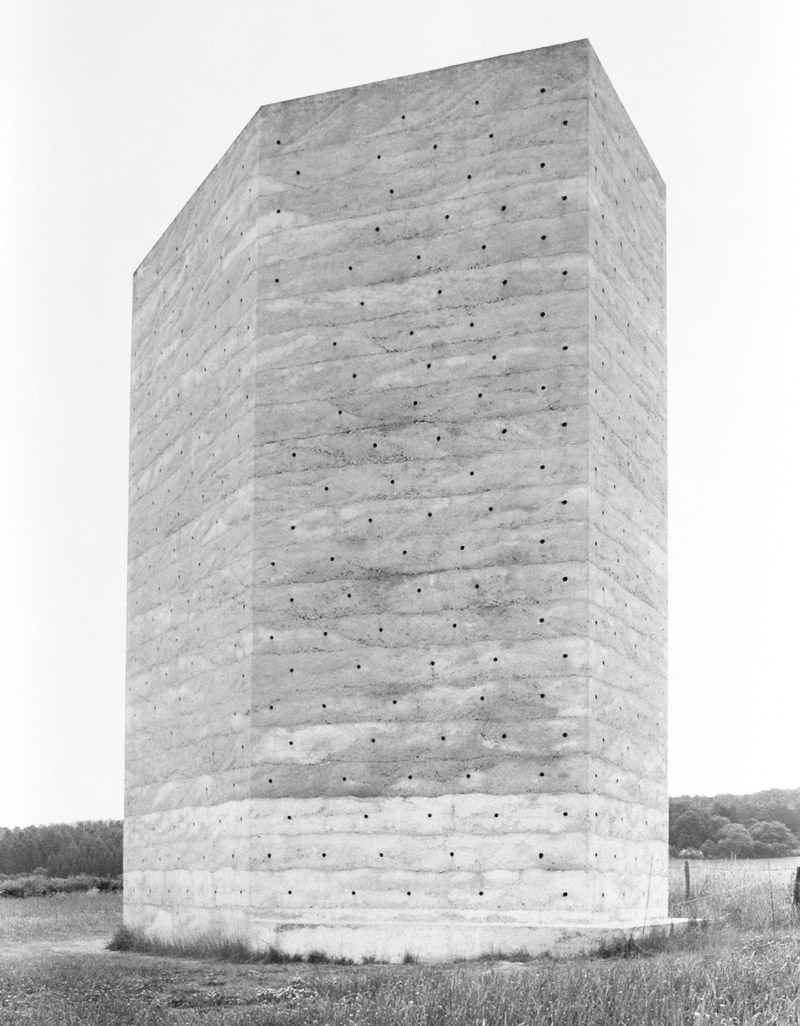 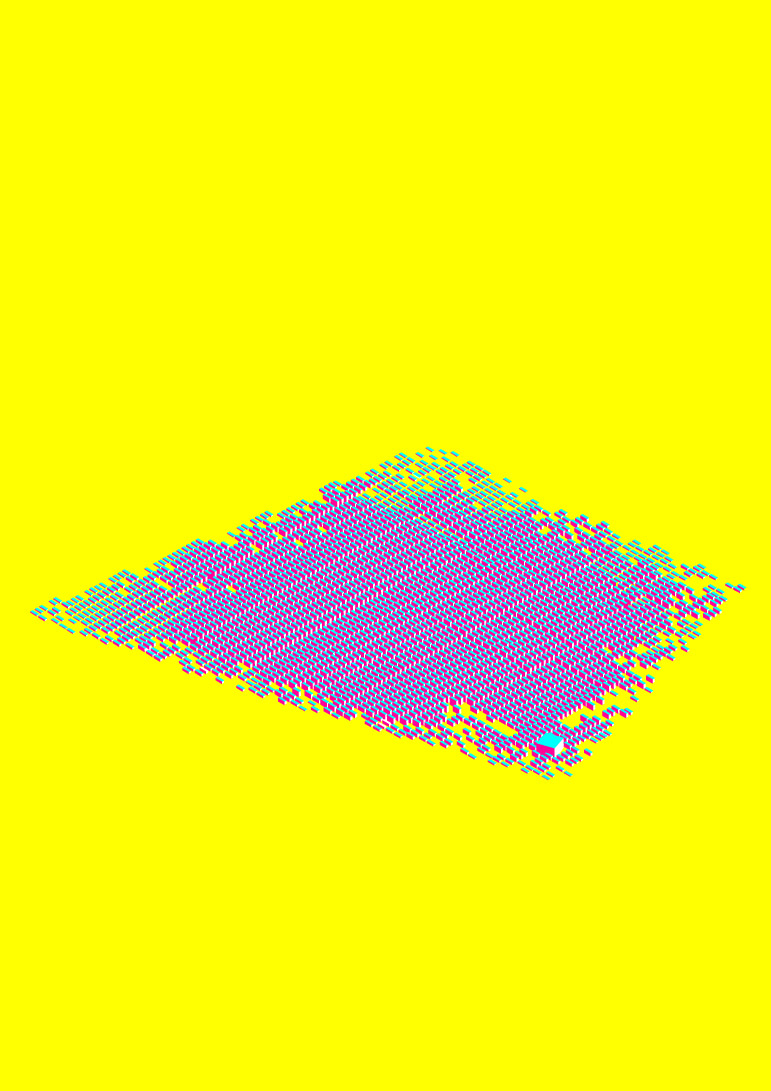 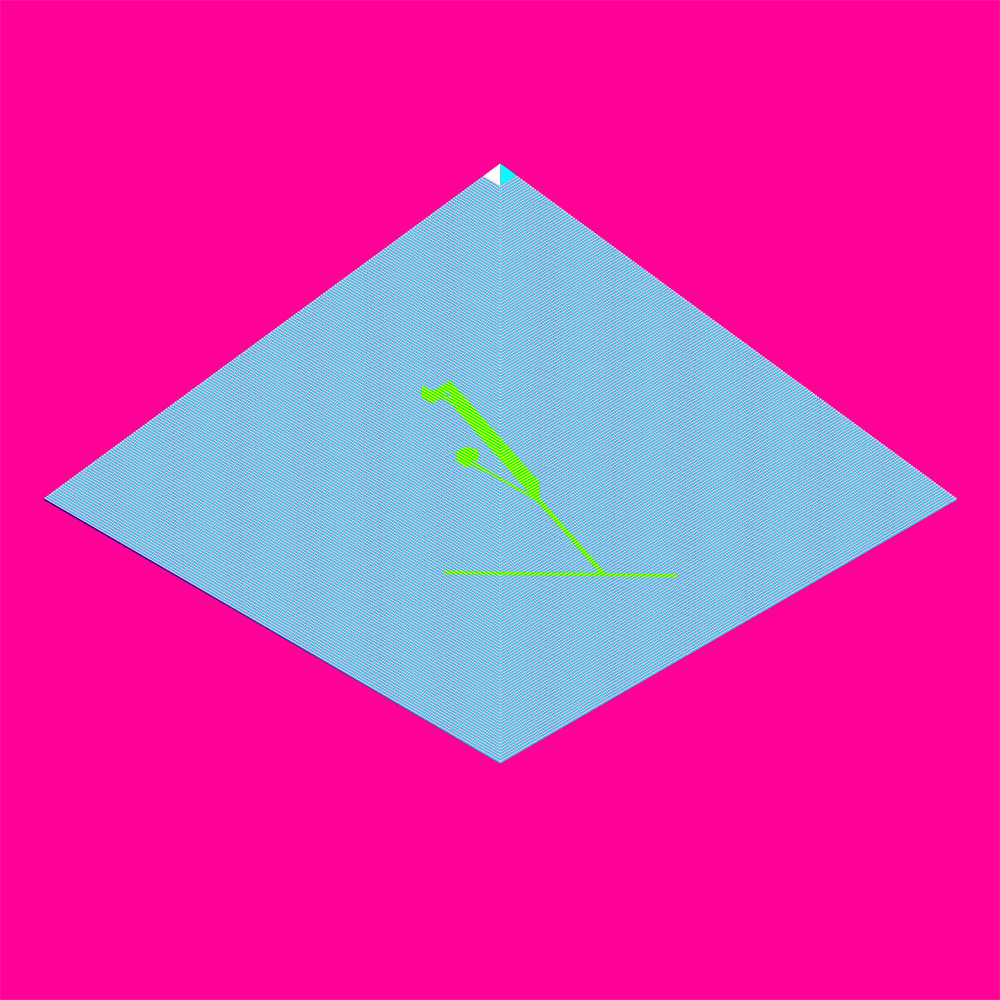 The exhibition is only up for another two days (until Novermber 20th), so if you are in town over the weekend, take a look.