(This short piece was originally published in the moon issue of Volume magazine. Thanks for Timothy Moore and Rory Hyde for inviting me to be involved in the issue.)

It is 1996 and on the moon’s great walled plain of Mare Crisius—the Sea of Crises—a selenologist is pan frying sausages for breakfast when in the distance a flicker from the top of a mountain in the Oceanus Procellarum catches his eye. With fellow scientists, he sets out to investigate the source of this ‘metallic glimmer’ in this otherwise mute landscape. The team ascends the 12,000ft tall mountain range, the lunar gravity rendering the climb a relatively easy afternoon’s trek, and on reaching the summit discover a flattened peak, and on this dusty plateau sits a pyramid. The pyramid is perfectly smooth, seamless and without detail. It is surrounded by an invisible force field and all attempts to discover its interior, its purpose, fail. As is the method in such circumstances, an atomic explosion is eventually called upon to crack the thing open, revealing that it is some kind of machine comprised of an unfamiliar, alien technology. Our narrator speculates that the pyramid is a sentinel left by an extra terrestrial intelligent species to act as a beacon to signal humankind’s evolution from the earthbound.

This unpublished story by Arthur C. Clarke—“The Sentinel”—along with another, “Encounters at the End of the World” caught the attention of film maker Stanley Kubrick, who had been in contact with Clarke about his desire to make “the proverbial ‘really good’ science fiction movie”. The result of this collaboration is the 1968 film, 2001: A Space Odyssey.

The film concerns the evolution of the human race through the intervention of a rectangular monolith. Like the sentinel from Clarke’s short story, the monolith is a mute, seamless object seemingly without purpose or intention. Its appearance triggers evolutionary leaps for those that come in contact with it, famously from ape to human, and from human to being of pure thought. This is the transformation of a species through the direct intervention of a discrete object, an idea that bares closer attention.

Fortunately Kubrick was a hoarder of his own research and kept an extensive archive on his estate of this material within boxes he notoriously had specially fabricated so that the lid fit snug; just so. This archive is now based at the University of Arts at Elephant and Castle in London and contains a substantial collection of material relating to 2001: A Space Odyssey, however little relating specifically to the monolith, its design or meaning. There are many slides of pre-production artwork for the third monolith circling Jupiter and the archaeological dig on the moon, a single unannotated photograph of a monolith hanging from a crane in the English countryside, sketches of the proposed lighting rig for the monolith, and most interestingly animation plates used in the sequences of the third monolith orbiting Jupiter-V, a moonlet of Jupiter towards the end of the film. During this sequence, the monolith floats in space, scaleless, and barely visible against the vacuum of space, its surface only apparent when the faint light of the sun illuminates its face, before astronaut Dave Bowman having escaped the psychotic computer HAL floats into its surface, and through the stargate. The animation plates are comprised of torn pieces of black and grey cardboard sticky-taped to a board and covered with a black matte. These rudimentary collages, when expertly lit and filmed are transformed from two dimensional cutouts to perhaps the most solid objects in the history of cinema. 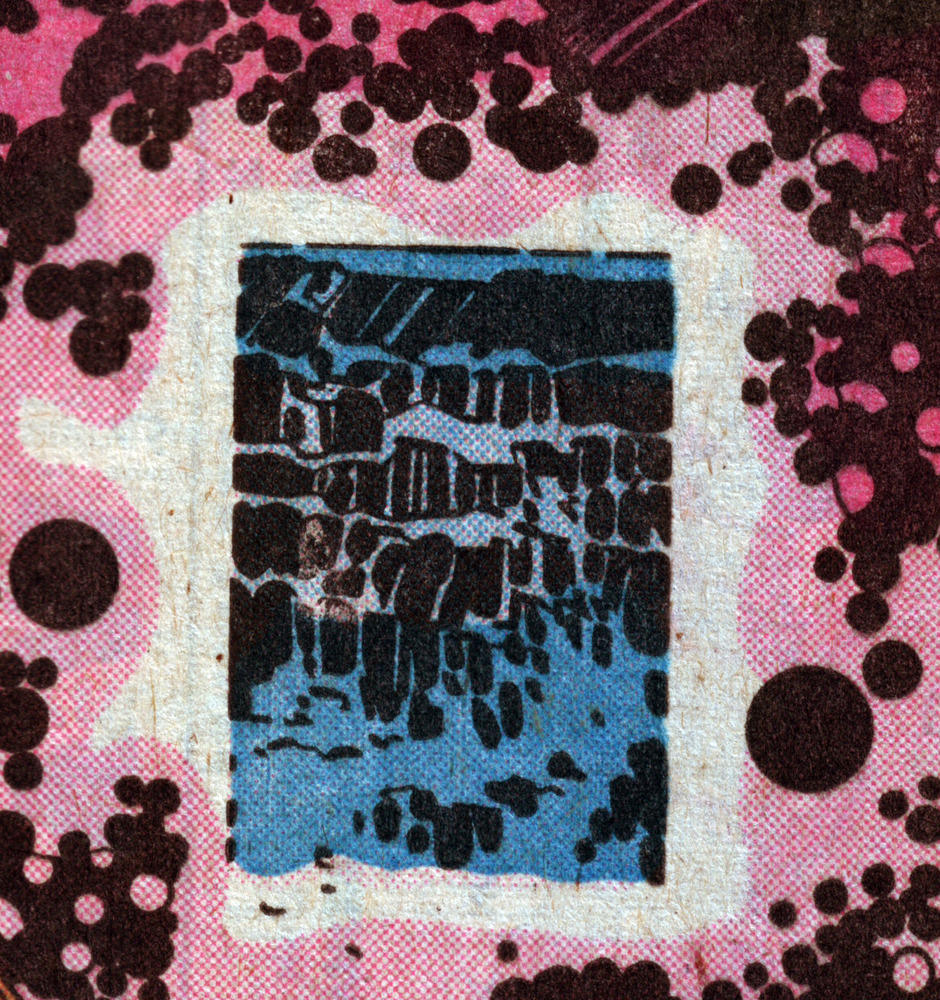 Beyond these production artefacts, the best clue to the film makers’ intentions regarding the monoliths may be found in the drafts of the screenplays where we find a series of changing references to the monolith; from tetrahedron similar to that of The Sentinel, to completely transparent crystal cube, to the black rectangular form with the proportion of 1, 4, 9 (the square of the first three prime numbers) that we find in the finished film. While the form of the monolith changes—albeit within a rather limited palette of primitive solids—a consistency may be found in its quality as a seamless, impenetrable object without reflection or surface detail. The characteristic is one of a kind of intense exteriority.

It has no interior and yet as Dave Bowman discovers in the fourth act, is is all interior (“The thing’s hollow - it goes on forever - and - oh my god, it’s full of stars!”).

The monolith shares this quality of intense exterior and infinite interior with the current bias in portable electronic devices. Apple’s current range of MacBookPro and iPad computers, constructed of milled aluminium form seamless, impenetrable enclosures that for the user have no moving parts or interior space yet like all networked devices contain an infinitely permeable interior.

In Giza, the Great Pyramid of Cheops has perhaps the most enigmatic interior of all buildings. It has been sitting in the desert with the extent of its internal reaches unknown for 45oo years. This chastity is infuriating for humans. If a thing has an interior it must be explored and assessed. In order to do so, specialist devices will be developed with ever decreasing diameters that may travel the narrowest of shafts and when these reach their limits, new devices are developed, now weaponised in the hope that they may break through these defences. Consumer electronics again bare this out, one of the immediate exercises performed on the release of a new Apple product is the tear-down; an electro-autopsy where impenetrable objects have their innards exposed, laid out and photographed under the flattering indirect light.

A team from Leed’s University is currently preparing a new robot to be sent into the Cheops Pyramid in an attempt to delve farther than the previous robot that came to an impasse at a limestone door. This new robot, equipped with drills, will cut its way through the doors and make its way further into the weight of the pyramid, and will uncover, more shafts, fantastic chambers, doors, or not. And if it too reaches an impasse and its successors after it, presumably at some point, like Clarke’s lunar Sentinel the mystery too great to leave unanswered will require something beyond the gently gently approach and the kind of weaponised exploration involving the splitting of atoms will be called upon.

The monolith’s mute calm mixed with its agenda of aggressive social and neurological manipulation (it is referred to in the production notes as the “teaching tableaux”, and its visitation of the group of apes as the “lesson”) is its inherent contradiction. It is at once passive and instructive, intensely exterior and infinitely interior. Beguiling and infuriating, it is representative of the idea that an object, a discrete thing, may be transformative purely through its presence.