The human beauty we’re talking about here is beauty of a particular type; it might be called kinetic beauty. Its power and appeal are universal. It has nothing to do with sex or cultural norms. What it seems to have to do with, really, is human beings’ reconciliation with the fact of having a body.

Pecha Kucha Sydney is on again this Thursday night at Carriageworks. It is the first for 2011, and we have a great lineup including ex-supercolossaler Erin Field, and Hannah Tribe. See the Pecha Kucha website for more info and the Carriageworks site for tickets.

I had a wander through a recently completed house in Rose Bay by buddies and former landlords, Tribe Studio. The house is comprised of a tube with a series of sleeping boxes suspended over the ground floor living area. 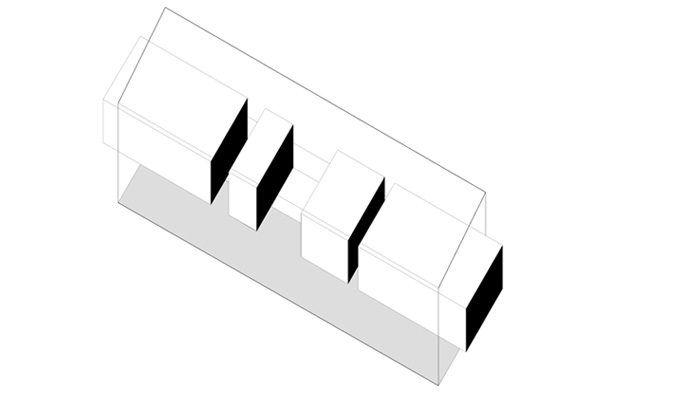 —
Love: Metric and Calibre. Two new typefaces by NZ type wizard Kwis Sowersby. Leafsnap, an iphone app that will identify trees by photgraphs of their leaves. So far the database covers trees from the Washington DC and New York area, so it will have limited success in Australia for now…

Mark Lee from Johnston Marklee spoke at UTS on Monday night as part of the UTS Public Lecture series. Lots of nice boolean-slice-n-dice houses. I thought the Vault House, occupying a narrow site on a Californian beach was their most interesting project discussed. The overlapping vault forms forming unexpected collisions, overlaps and opportunities on a long narrow site. A list of NYC subway stations that open into building lobbies.

The NYT on the current exhibition, ‘Cronocaos’, by Koolhaas on at the New Museum in NYC:

Mr. Koolhaas’s vision is even more apocalyptic. A skilled provocateur, he paints a picture of an army of well-meaning but clueless preservationists who, in their zeal to protect the world’s architectural legacies, end up debasing them by creating tasteful scenery for docile consumers while airbrushing out the most difficult chapters of history. The result, he argues, is a new form of historical amnesia, one that, perversely, only further alienates us from the past.

Above: Work has started on the Renzo Piano Whitney extension project. The Australian tells us that “rather than a traditional turning of the sod with a silver spade, the museum hired members of the Streb Extreme Action Company to dive through glass, and be covered in dirt.” Nice.

The Weather Ring is an architecture ‘zine based out of Perth. Also - Archizines, collating architecture zines.

Please in My Backyard. As a way of delivinering a community what it wants, rather than what it is given, Bryan Boyer asks “what would happen if you took the Kickstarter strategy and applied it to the city. How could we de-risk new shops, restaurants, cafes, services, institutions, and even government outposts by aggregating commitment in advance of capital investment?”.