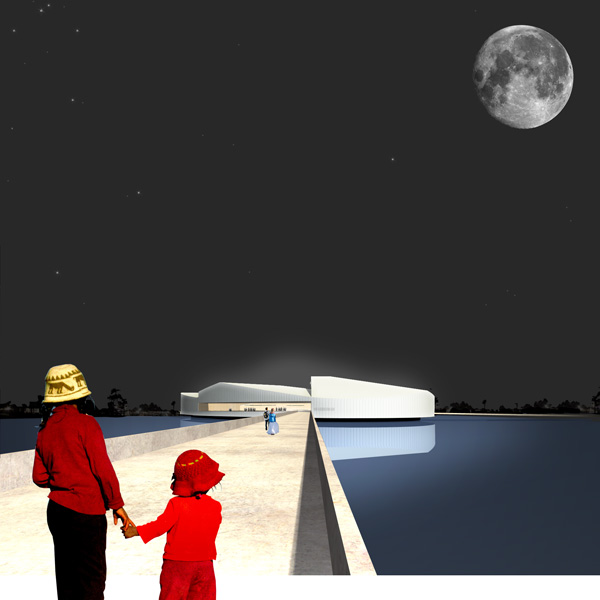 “In common with many entries this proposal recognises that the site of the Gold Coast Cultural and Civic Precinct lies within the flood plain of the Nerang River and is therefore vulnerable to inundation from predicted future sea level rise; initially flooding low-laying land and later almost half the site.

Responsible approaches to meeting the danger of predicted flood events are to prepare either to defend the site or to retreat.

This scheme creates a decisive subdivision over the site to defend the land by both consolidating and raising the low-laying areas to form the precinct as an ‘Island of Culture’. 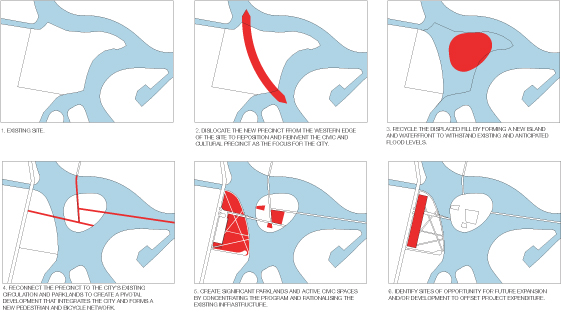 By designing a defended cultural and civic precinct as a hybrid - “is it a building island or is it a landscape island?”- this bold scheme presents a new urban type for the Gold Coast whilst simultaneously recalling the ancient islands in the Laguna Veneta such as the Isola Murano and Isola San Michele.

The winning scheme proposes a civic square, located at the heart of the ‘Island of Culture’ envisaged as a grand outdoor place with a central address at the intersection of three bridging pathways that reach out from the island to the community.

The bridges connecting the city to the ‘Island of Culture’ can also extend pedestrian and bicycle routes through to the civic square creating the potential for a lively public place at the centre of this visible, iconic landmark. 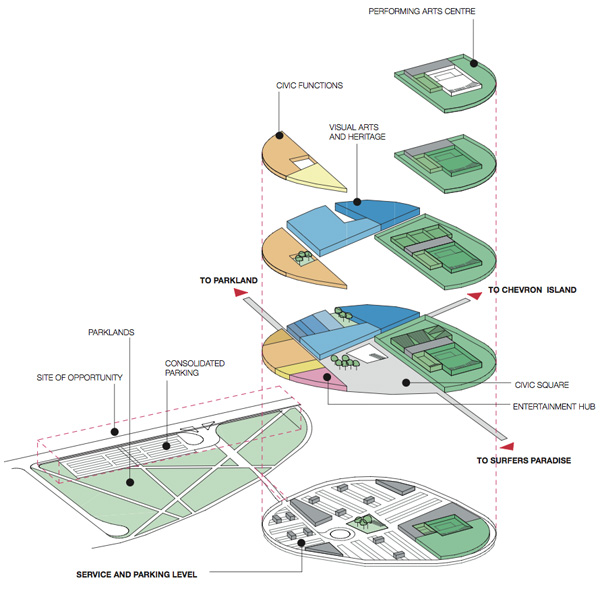 By concentrating the civic and cultural functions on the ‘Island of Culture’ the remaining site is proposed as open parkland not only retaining the green edge at this point in the city but also extending the opportunity to link with a sequence of forest parks that would create significant linear landscapes stretching into the south-west hinterland.
With the scarcity of public open space for the future flood-free City of the Gold Coast these open parklands will make a significant contribution.”