Attaching Things to Your Vehicle With Velcro and Appropriate Parking Angles on the Surface of the Moon. 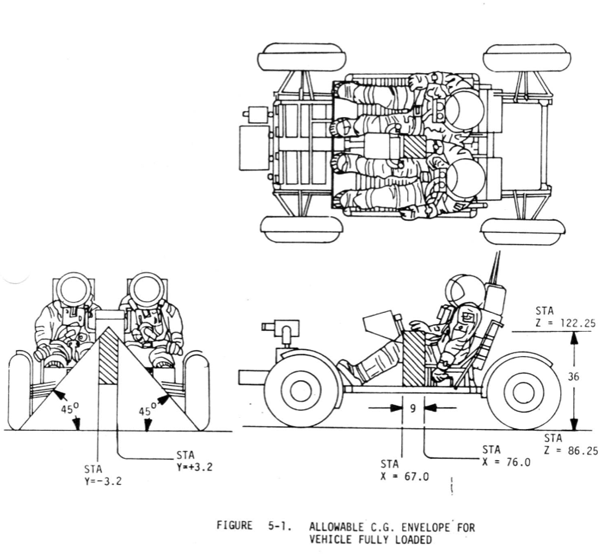 I love the legibly mechanical character of early space exploration. When the future still involved rivets. The Lunar Rover Operations Handbook exemplifies this period, detailing the workings and running of the vehicles that were used to roam the surface of the moon. When the absolutely incredible act of driving a motor vehicle on the surface of an extra-planetary rock orbiting the Earth is described as a series of bullet point instructions for changing a battery, or putting on a hand break, the sublime act approaches the everyday via flowchart.

Velcro, for instance, seems to have played a large role in the operation and deployment of the LRV. Velcro. I know that velcro is a space-age material in so far as it seemed quite possible at one time that it might replace the shoelace, but application in holding things together in space, on the moon, makes extra-planetary exploration disarmingly tactile. 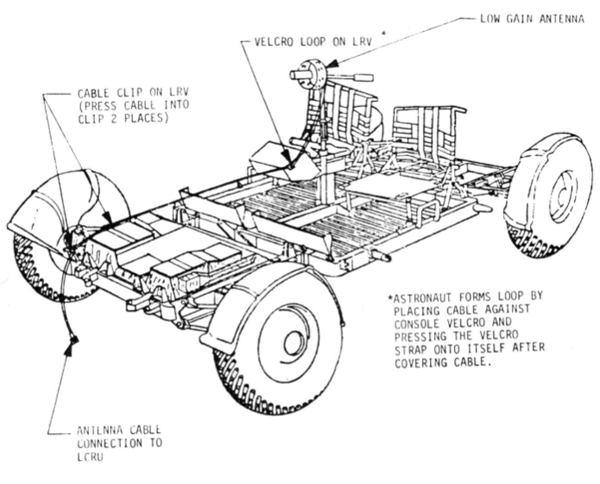 “Astronaut forms loop by placing cable against console velcro and pressing the velcro strap onto itself after covering the cable.”

And the thought that astronauts might carry bags around with them is similarly commonplace. But where will I keep my stuff? You can put your bag here. Under the seat. Don’t worry, it has ‘stiffeners’ so your stuff won’t get crushed. Cool, thanks. Over.

Of course this is an operations manual and not a construction document but I find notations such as “Spring” and “Bag Stiffener” delightfully banal in this context. Like velcro, a spring is something located in the back of a craft draw, not the moon. 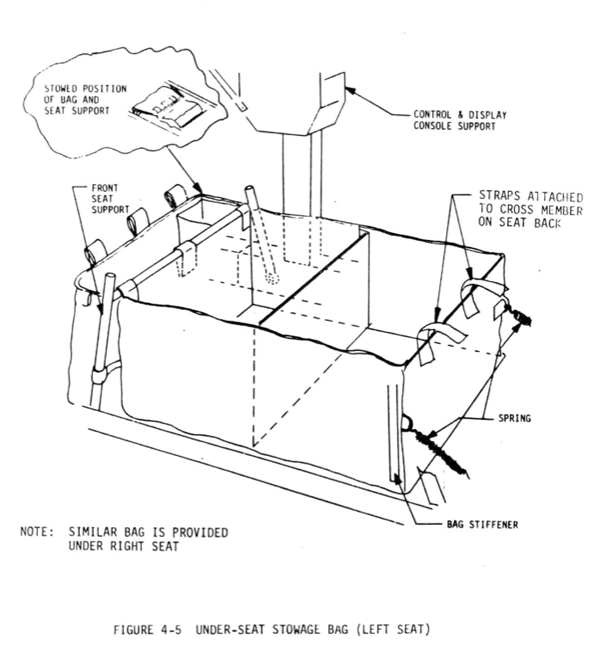 And finally, parking codes on the moon have different criteria to here, with the sun playing a significant role in the orientation of parked vehicles as we learn in Section 5.2

To achieve proper thermal control of the LRV and stowed payload during between EVA parking periods, the LRV must be oriented per figure 5-2. Parking the LRV outside these limits will result in display and control component overheating or LCRU overheating. There are no orientation constraints imposed on short term parking during EVA’s.” 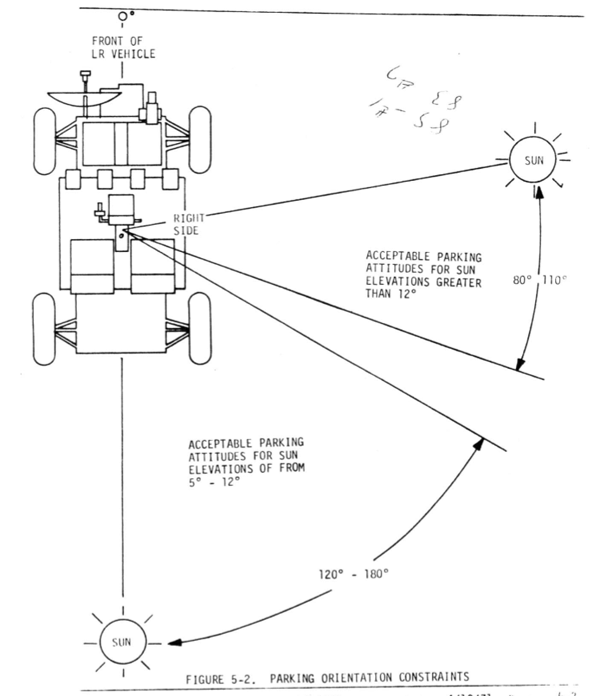