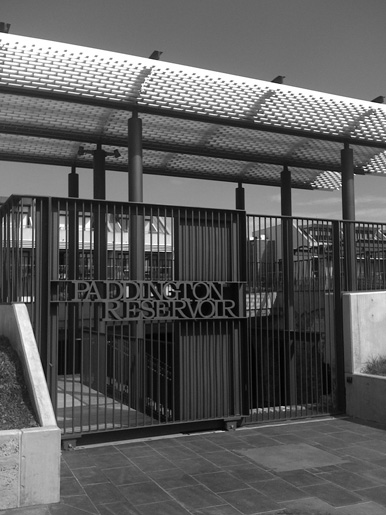 We took a wander through the newly opened Paddington Reservoir by Tonkin Zulaikha Greer and landscape architects James Mather Delaney Design. a few weekends ago and came away very impressed by this excellent new urban park.

The reservoir played a limited role as a piece of infrastructure in Sydney’s early days. It was completed in 1866 but given its elevation could only service the immediate area and was decommissioned in 1899 when the larger and more elevated Centennial Park Reservoir was built. Following this it was used for storage and a garage by the water board before being sold to Paddington Council who continued to use it as a garage and opened a park on its roof.

When the roof over the western chamber collapsed in 1990, work began on the adaptive reuse of the reservoir as an urban park.

The park sits within the ruins of the western chamber and uses the intact interior of the eastern basin as a large column-filled multipurpose space. Where possible, the ironbark columns and cast iron beams have been kept and maintained with new concrete and steel arches, beams and columns inserted within where necessary. Vaulted aluminium sun shading sits perched above the park, signalling the submerged park to Oxford Street above and providing some contrast to the otherwise robust detailing.

This is the kind of work that TZG excel at and seen as a sister piece to their other recently completed project, Carriageworks at Everliegh, it shows an office that is extremely skilled in adapting industrial relics for contemporary uses. 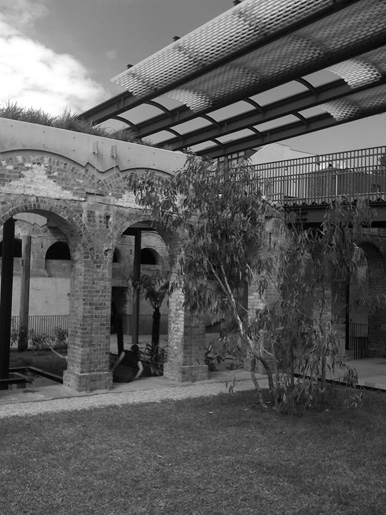 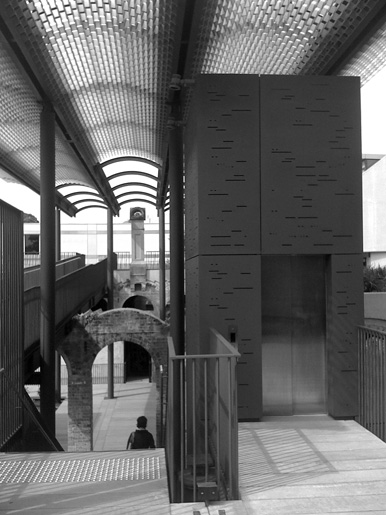 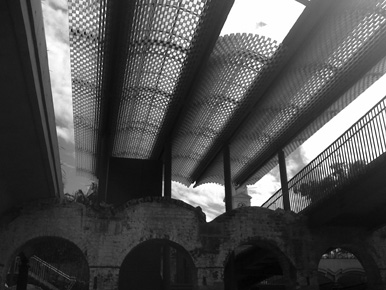 Apologies for the crap iphone photos…but hey, what can you do.