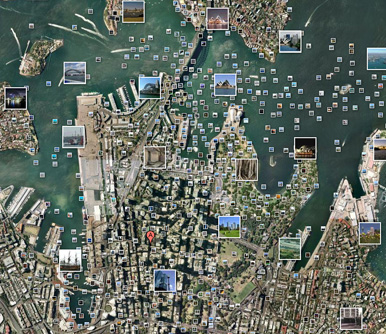 The increasing fidelity with which our little planet is being mapped has me thinking about a new class of explorer and cartographer that is beginning to emerge.

Photosynth, the tech demo that trawls image sharing websites for geographically tagged photos and then pieces them together to form pseudo 3D models of popular tourist destinations, is stitching an increasingly coherent spatial simulation.

However, the edges of the scenes in these demos have always made me curious about the unmapped portions of the 3D model. While there is an abundance of data for the frontal elevations of Notre Dame or Piazza San Marco, but what of the periphery of these buildings? The parts of the building less likely to attract the attention of hungry tourists? And then what about the laneway around the corner? Or the street two blocks to the south? There may be a handfull of photographs that describe parts of these areas, but likely not enough to piece together a rich 3D model.

The edges of the algorithically generated 3D maps are of course like those of the early seafaring explorers that mapped the coastlines of mysterious landmasses. Like Jacques Bellin’s map of Australia dated 1753 in which the east coast of Australia is a line of best fit between a few known points. Later James Cook charted the East coast and then Matthew Flinders confirmed that the east and the west coasts were of the same continent completing the perimeter of Australia as we know it. It took many expeditions to gather the individual pieces of data that were eventually collated into a coherent thing. 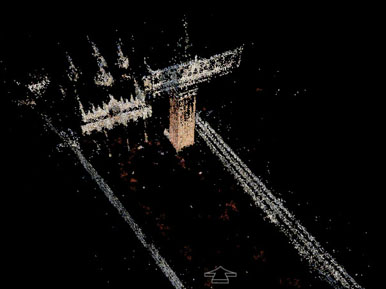 Google, is of course leading the way in generating this content with its satellite photography and streetview mapping efforts. The blue tendrils of streetview are rapidly encompassing the parts of the planet adjacent to roads. Areas in outback Austrlalia are likely being photographed for the very first time by a van travelling at speed with roof mounted cameras pointing in every direction, uploading roadside data to satellites immediately. 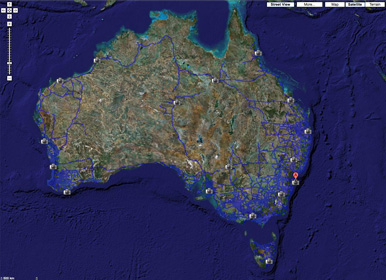 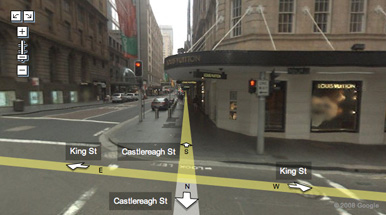 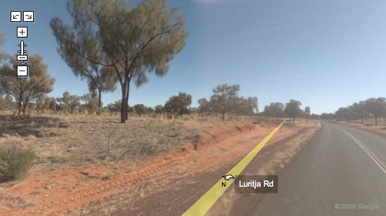 Yet, even with this unprecedented automation of mapping, there are vast areas still unmapped by tourist photos on Flickr and Google Streetview. That back alley in Venice, the backyard of that house in Burwood.

These are the places that will be sought out by the new cartographers — the terrain spotters (yes! awesome pun) — armed with GPS enabled cameras and wifi memory cards adding to the pool of data as they snap previously untagged walls and openings. A cross between the box-ticking-archi-tourist and the seafaring explorer, intrepid photographers scouring databases for portions of buildings not yet assimilatied into the Master Model.

Over time uncharted areas will become increasingly difficult to find, sending photographers into more and more obscure places, lonelier towns, and cities too dangerous to tempt Google. And then of course, as buildings tend to change more rapidly than geography, the news of alterations to the built fabric — a new window, a coat of paint, the demolition of a structure, a new billboard — will launch a new rush to correct the data. The terrainspotters work will never be over their curation and collation never complete, the realisation of the ultimate fantasy of any serious collector.