This Next Test Is Impossible

This year will see two games released in which rethinking spatial organisation will become the principle gameplay element. Yes.

Thus eliciting all the moral dilemmas surrounding console choice I thought that I had moved on from long ago. I thought that I would be fine with just a Wii, but it appears that that little box of wonder is not enough, and that all three are now back on the agenda….

First up is Echochrome on the PS3 and PSP. It is a simple enough game - get from point A to point B via a series of checkpoints. The route that is navigated, however, is at first glance impossible. Stairs lead nowhere, pathways do not connect and there are holes everywhere. 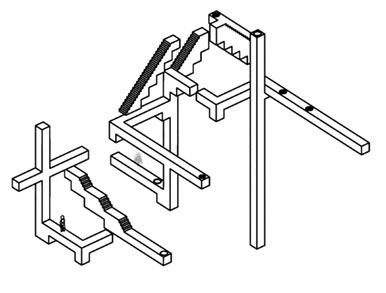 Rotating the view however, joins paths making them accessible, puts holes over the top of solid ground and blocks gaps from view making them disappear. 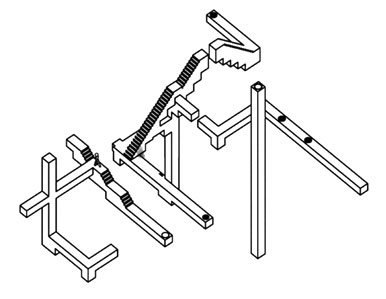 We are told that are five basic laws:

All of this is best described through the wonders of the moving image:

The Second, Portal, is a mini-game spin off from Half-Life 2 in which you are armed with the ‘Aperture’ weapon, a device that acts like a short range wormhole creator. 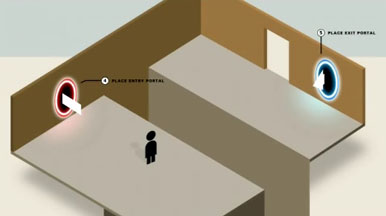 Point it at a wall or floor to open an exit point, point it somewhere else to open an entry point. Then jump through. Or open a hole in the floor, drop a box into it, and see it knock over a sentry gun on the other side of the room. Or make a hole in the ceiling and one in the floor, and jump into an infinitely deep hole. Awesome. Again, the video makes it much clearer…

The possibilities are, of course, infinitely sweet.